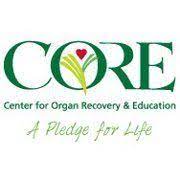 Zachary “Zach” Dale Stevens, 36, of Grafton passed away on Sunday, November 14, 2021 at J.W. Ruby Memorial Hospital with family by his side. He was born February 22, 1985 at WVU Hospital in Morgantown, the son of Connie Lynn DeBarr Strotman and husband Mark, Owensboro, KY and Dale Andrew Stevens and wife Sheliah, Grafton.

Zach graduated Grafton High School, Class of 2003 and he served his country in the United States Navy. He had worked for Morgantown Utility Board. He enjoyed riding 4wheelers, fishing, being outdoors, all sports, especially the Las Vegas Raiders, Pittsburgh Penguins and WVU Mountaineers. Zach was a proud father, son, brother, uncle, nephew. He had a magnetic personality. Zach was loved by many and will be missed by all.

A private graveside service will be held at the WV National Cemetery. In lieu of flowers, donations can be made to his Care Fund on him memorial page. Zach gave the gift of life through organ, tissue and cornea donation with CORE. Online condolences can be made at www.BartlettFuneralHomeWV.com. Bartlett Funeral Home and Crematory is handling the cremation and honored to serve the Stevens family.

To send flowers to the family or plant a tree in memory of Zachary "Zach" Dale Stevens, please visit our floral store.

You can still show your support by sending flowers directly to the family, or by planting a memorial tree in the memory of Zachary "Zach" Dale Stevens
Share a memory
© 2021 Bartlett Funeral Home and Cremation. All Rights Reserved. Funeral Home website by CFS & TA | Terms of Use | Privacy Policy