Plant a tree in memory of Martha
An environmentally-friendly option 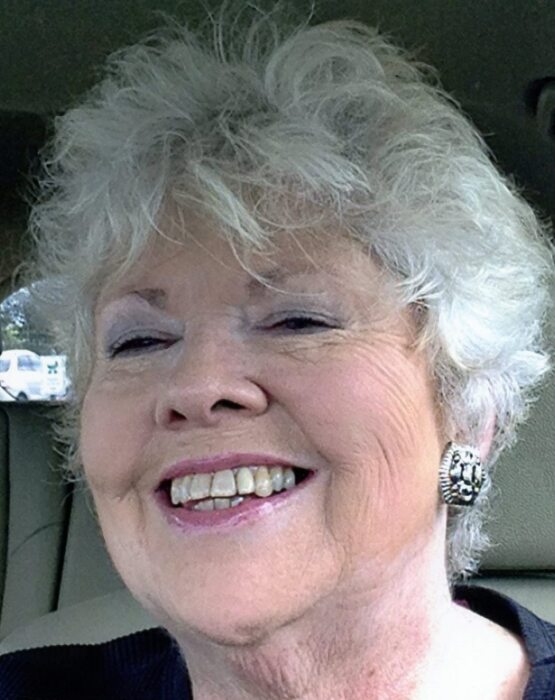 Martha Wiles Mapstead, 74, of Grafton West Virginia, passed away Tuesday July 27, 2021 at her residence surrounded by family. She was born December 17, 1946 to Nancy V and H. Dent Wiles, the youngest of three children. Her parents and husband, Robert Mapstead, preceded her in death.

Her long career in banking began unexpectedly, when she stopped typing during a test for an employment agency, thinking the ringing phone was a timer going off ,then sent her on interview to National Savings & Trust in Washington DC, where she worked for 14 years. She met Bob Mapstead as she was trying to get up on a bar stool. And this was after she graduated from John Robert Powers Modeling and Finishing School.

Martha married Bob January 4, 1981 and moved to Las Vegas. Her mother was afraid she’d be a show girl. Continuing her career in banking instead, she worked for Valley Bank/Bank of America for 25 years as a Premier Banking rep. During this time she volunteered to do credit counseling for Consumer Credit Counselors, taught English for the American Institute of banking, and was a volunteer for CASA, Las Vegas big brothers big sisters. In retirement she was a member of Grafton Housing Authority board and a beloved member of T.B.O.N.M.

Martha was a butterfly who flitted from one project to another, bringing joy wherever she landed. She was very different from her siblings, she tried to convince them she was adopted. In addition to skydiving, repelling and scuba diving off the coast of Ecuador, she enjoyed knitting, crocheting, and curling up with a good book.

She’ll be missed by all her “kids”: Lance, Maranda, Chloe, and Kenzie Jent of Las Vegas, NV, her stepdaughter Amanda (Lenny) Taylor and grandchildren Ike, Madalyn and Becca Taylor of Alamo, NV as well as a nephew Jeff (Liz) Wiles of Morgantown, nieces Susan (Sam) Brackman of Jackson, OH and Amy (Tim) Steigleman of Great Falls, VA and great nephews and nieces Timmy, Carson, Madison, and Emma. Martha leaves behind two siblings Howard (Carol) Wiles of Oakton, VA and Mary (Gary) Woodruff of Jackson, OH , and her long time partner Paul Curry. Martha will be laid to rest in the family plot in Aurora, WV following a private service.

She’s in Heaven now waiting to once again to be the Social Director at Command Central.

Plant a tree in memory of Martha by clicking here.
To send flowers to Martha's family, please visit our floral store.

Plant a tree in memory of Martha
An environmentally-friendly option

Plant a tree in memory of Martha

2 trees planted in memory of Martha

We went to high school together. She was my best friend then and boy oh boy, we had many great times together!!!!!

A Memorial Tree was ordered in memory of Martha Mapstead by Love, the kids .  Plant a Tree

Mary and Martha used to come to Amboy, WV, to spend some time with their grandmother Myrtle. Both girls occasionally went to Bible School with us...my sister Judy and I always looked forward to their visits...did not keep up with either as adults, but Martha sounds like her bubbly personality in childhood stayed with her throughout life. May fond memories comfort the family and connect them to her eternal presence.

Bob and I are… saddened by the news of Martha’s passing. Bob went to Blueville grade school with her and never forgot her pretty smile. He said she made grade school fun. We were Facebook friends and she was always so positive.. God bless her soul. And blessings to her family and Paul.

A Memorial Tree was planted for Martha Mapstead

Plant a tree in memory of Martha